Today's news reports quote Iran's President Mahmoud Ahmadinejad as saying Israel a "permanent threat" to the Middle East. "Like it or not, the Zionist regime is heading toward annihilation," he said. "The Zionist regime is a rotten, dried tree that will be eliminated by one storm." Last October, Ahmadinejad said Israel should be "wiped off the map."

Armagiddeon time. With the fall of Masada in year 73 CE, the state of Israel came to an end for a period of almost 1,900 years. 1000 people--men, women and children, chose to die rather than surrender to the Romans. Then came the Inquisition, the pogroms, and all that Nazi stuff Mahmoud swears "never really happened." Honey, if Israel goes down again, it'll be the last dance for everyone---they'll take the planet with them. God chose Israel to be a light among the other nations; to nuke us all to Kingdom Come? Easter's coming....

"And He shall judge among the nations, and shall rebuke many people: and they shall beat their swords into plowshares, and their spears into pruninghooks: nation shall not lift up sword against nation, neither shall they learn war any more."
----Isaiah
Email Post 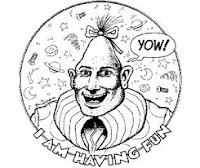