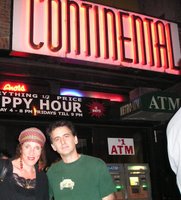 Sunday, bloody Sunday 9/17/06 was the last night of live bands at Continental, a last picture show for old school punk featuring the Bullys, Dick Manitoba, Charm School, Lenny Kaye, Walter Lure, CJ Ramone and Daniel Rey. The show sold out, alternatively cranky, morbid and jubilant, we came to honor our heroes and our dead. Like so many before us, we the unwashed of the bridges and tunnels scrounged the available resources of soul-numbing burbs and boroughs generating culture from social garbage. Angry, non-affluent and chemically imbalanced, we created beauty from nothingness, truth from meaninglessness. On the last chord of the Heartbreakers' "Born to Lose" (Daniel Rey's Guitar, Walter Lure's vocals) I walked out of the Continental for the last time. "We had a good run," I said to a friend, proud of what we'd done. But I also know this: I will never hear live music like that again, not in this city, not in this life. 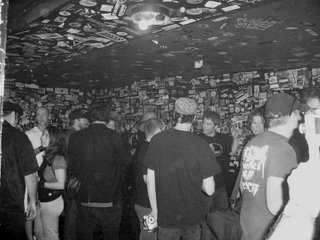 A few nights before the final curtain, Jesse Malin's sublime acoustic set packed the Continental with hipsters, college kids. Maybe it's the changing of the guard, a paradigm shift, gentrification, class war, hell, I dunno. But everyday I get emails from kids, latter-day punks, teens stuck in America's wastelands dreaming of the day they can emigrate to the Sovereign Nation of NYC. Holding on to the promise that someday they'll visit CBGB's,see a band at Continental, or just walk down St. Marks Place eating a slice of pizza like Joey and Dee Dee. "I thought I was a champion...but I found instead..it was just another dream....just like any other dream..." the Professionals said that a long time ago, in another country--mine. 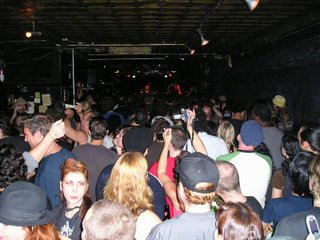