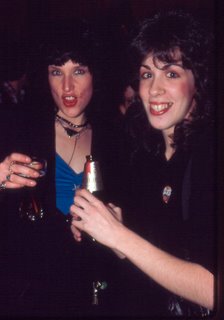 One thing about addiction is, over time, if it doesn't kill you, it will kill all your friends. Once upon a time, Susie was married to a CorpseGrinder, an amazing punk power chord band, the CorpseGrinders descended from the NY Dolls via Killer Kane. I was a Slugwife, married (in a dope-fueled ritual) to a Slug. We met at a party in Sea Cliff around 1980. We looked alike--like Chrissie Hynde & Lydia Lunch--and shared an interest in the occult, black clothes, silver amulets and dark elixers. We became instant friends, introduced our mates and their bands merged; Slugs became CorpseGrinders, CorpseGrinders became Slugs. The CorpseBrides joined the Slugwives dancing at the foot of the stage--the space we now call the pit. By 1995 Susie and me were the last girls standing----dope, crack and booze had wiped out all our sisters. Women seem to die sooner in the valley of fear. 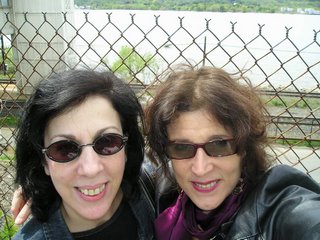 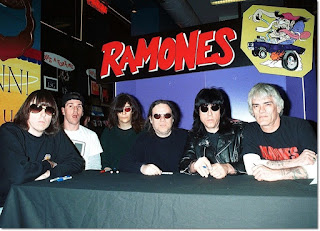